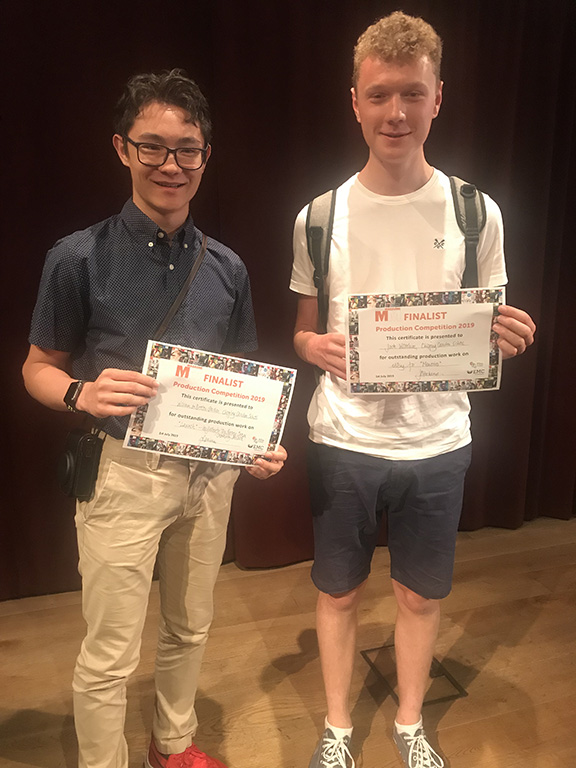 Two of our 6th Form Media Studies students took a trip to London recently to attend the Finals of the EMC/Media Magazine and British Film Institute Student Film Awards.
Jack Wiltshire and Will Debretton Gordon were shortlisted in 2 categories.

Will Debretton Gordon
'Launch' - A Short Film
This film was made for the Media Magazine and after being accepted into the shortlist, it premiered at the BFI Southbank on July 1st, 2019.
Will was entered in the Barney Oram Creativity Award.

'Really simple idea fantastically effectively told using the mise-en-scene and props incredibly well and a completely unexpected ending - or next stage. A terrific piece of work. Well done'
Jenny Graham, editor of Media Magazine: A Manifesto for Media Education
Please click on the YouTube Video below to view Will's film:

Jack Wiltshire
'Memories' - An Advertisement
My first Christmas advert: the story of one family growing old together and in the end reminiscing what has been made. This is to showcase Memories, a magical feature on Apple devices which puts together a series of photos and videos based on subjects, places or events. This was shot on iPhone and edited using a Mac. Jack was entered in in the Editing Category:

'Wow! Has this already been sold to Apple? If they don't want it I'm sure John Lewis will for Christmas- it's amazing! Such a moving story. Really, really great - lovely energy - well done.'
Tammy Riley-Smith, EMC Director. Tammy Riley-Smith on IMDB

Link to the competition page: MediaMagazine Production Competition 2019 – The Longlist