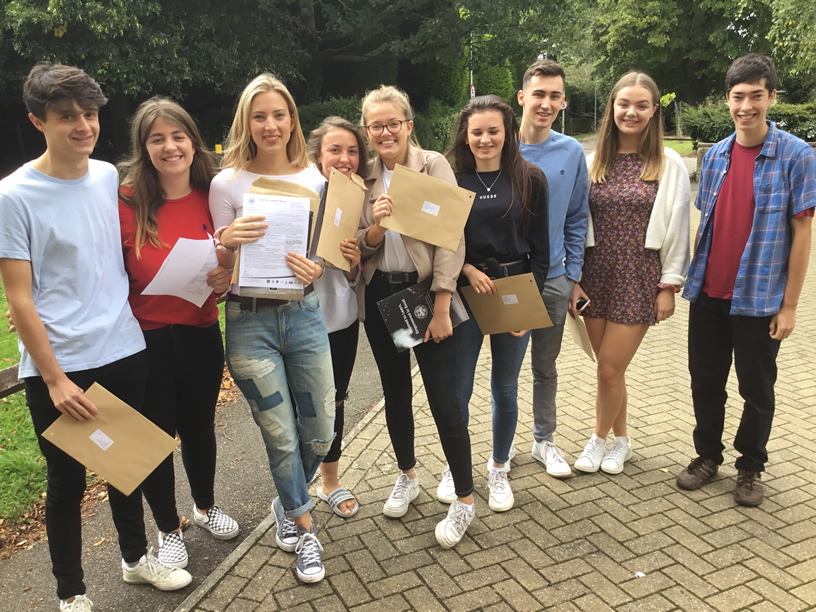 Students at Chipping Campden School’s Sixth Form celebrated another successful year of A Levels despite the more challenging nature of many of the qualifications following the recent post-16 review and reforms. Overall, around a fifth of all A Level grades awarded to students at the school were either A* or A, with just under half at A* - B, and three quarters A* – C.

Such strong results have ensured that the school’s top performers are able to take up their places at their first choice university. These range from students reading Materials Science at Oxford University, History and Natural Sciences at Durham University, Biochemistry, Modern Languages with European Studies, Politics and International Relations, all at the University of Bath, Mathematics and Computer Science at the University of Birmingham, English and Philosophy at the University of Bristol and Mathematics and German at Aberystwyth University, while others are looking to improve their initial offers having secured such high grades. Overall, around four in 10 of all Chipping Campden students typically going to Russell Group universities, compared with one in 10 nationally. 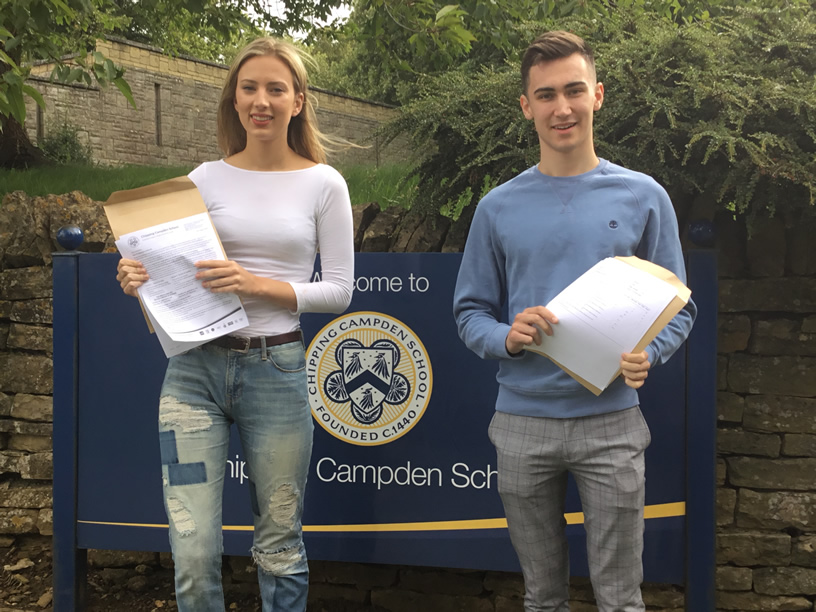 The school’s principal, John Sanderson, said, “I am extremely proud of all that our students have achieved again this year. So many have worked extremely hard and clearly thrived in such a stimulating and vibrant environment. I’m pleased that so many now have the qualifications and skills they need to go on to the next stage of their learning.” He also praised the dedication and commitment of staff and the support given by parents as he emphasised their contributions in ensuring so many students successfully negotiate these very demanding qualifications.

If you would like to know more about the achievement of students at Chipping Campden Sixth Form, or are interested in securing a place for September, simply go on the school’s website or email This email address is being protected from spambots. You need JavaScript enabled to view it.